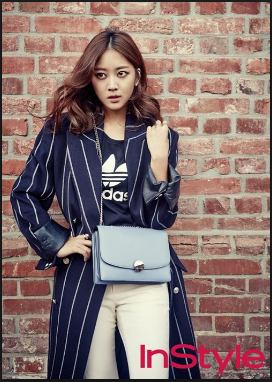 I find Yoo Seung Ho extremely cute even if I have not seen him act in anything. Of course, many of his shows are sitting (and gathering dust) on my shelf of dramas-I-plan-to-watch like I’m Not a Robot, Remember and Arang And The Magistrate. I really hope to see them someday ~sigh~ Anyhow, he is ready with his new show Bok Soo Is Back, which is also going by the literally translated title Revenge Is Back and sounds like a cute, harmless revenge high school show.

Yoo Seung Ho plays titular Bok Soo who gets expelled from high school because of a girl who also happens to be his first love. He then returns as an adult to seek revenge. But my question is, how the girl he used to like still in the school? Maybe she is a teacher there…Well, the drama describes his character as clumsy and kind and will also underline the changing atmosphere of a school with time. That would surely lead to emotional as well as funny hijinks.

Jo Bo Ah is in talks for the female lead role, which I’m not sure is the first love character or some other one. She was last seen in weekend drama Goodbye to Goodbye but mostly remembered for 2014 drama Surplus Princess where she played a cute mermaid.

Bok Soo Is Back is penned by a rookie writer and is helmed by the PD of Wok Of Love. It is slated for a December premiere.