Sweet 18 is just like its name: really sweet and cute. It is relatively a lesser popular drama, but deserves a watch for sure. It is completely feel good and has a warm heart which makes it really adorable.

We meet Jung-sook (Han Ji Hye), an 18 year old girl and leader of her group with a badass and carefree attitude. She falls in love at first sight with Hyuk-jun (Lee Dong Gun), a prosecutor, who is decent, mature and understanding. He agrees to marry her because of the responsibility he has as the first-born of his traditional, conservative family. The story then explores the different faces of an arrange marriage and also the transformation of our heroine from an immature, aimless and rebellious girl to an understanding and sensible woman with an aim. 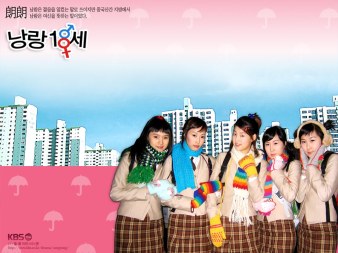 There are so many things to like in this drama. First of all, the positive feel and freshness, despite the clichéd plot. The cute never becomes too syrupy for the taste and the drama doesn’t involve more bickering than romance. I loved the contrast between our couple, but liked the fact that both the leads know how to set aside their ego and thus there is no room for misunderstandings. They argued, but those moments are perfectly balanced with their make-up scenes.

The negative characters never overshadow the goodness of the show and it was refreshing to see them turning into humorous ones at the later stage of the drama. They never go overboard with their scheming and it’s the heroine who emerges out as the winner every time.

The drama successfully showcases the contrast between the traditional culture and the modern one. Each and every character is ambrosial and is given importance and no one gives you the feeling to fast forward. I especially liked our hero’s friend and their bromance. The way he gives advice to him on married life, even though he himself is a bachelor is really funny, as are their interactions. 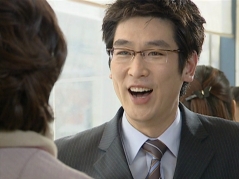 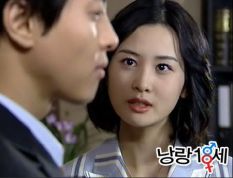 Same goes for our heroine, who has a group of committed friends and their hanging out looks so real and fun. Apart from these, I liked grandfather and Lee Dong Gun’s older sister. Plus, I liked her love line with his best friend. The drama nicely knits the prosecutor related plot line with the romance angle, but never makes it the main focus.

Once the show picks up the main theme, the marriage, you can find yourself enjoying it a lot. But I have to admit that in last 2 or 3 episodes, the show slows down a bit as the main conflict is resolved. But nevertheless, it never bores you. There are poignant moments as well, and I also liked some dialogues from the show. The OST is also good. 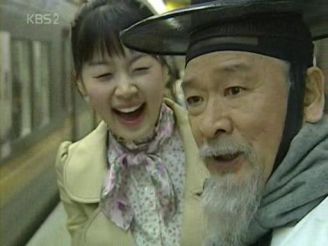 Han Ji Hye looks really cute in the role of a girl with a joie de vivre and carefree manner. She is spontaneous and adorable. Lee Dong Gun gives a mature performance and is perfect match to Han Ji Hye’s boisterousness. He looks every bit of the part and delivers with earnestness. The chemistry between our couple is warm and charming.

The drama is supported by a solid cast. Lee Da Hae is the second female lead and is perfect in the role. Park Joon Hyuk is great as our hero’s best buddy, Lee Soon Jae is adorable as grandfather and Yoo Hye Jung is really good as she turns from a disapproving sister-in-law to a supporting one, all the while maintaining her basic nature.

All in all, Sweet 18 is a heart warming and cute show and is a good way to spend 16 hours if you need an easy and relaxing watch. 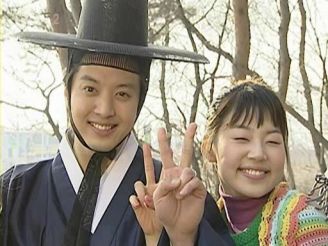