I think the latest news is chock full of script readings! Which also gives me an opportunity to talk about shows that I missed posting when their casting was announced. News Bites is a segment where latest news of Korean Dramas will be discussed at a common place. So let’s dive into the latest tidbits of dramaland!

This is quite a lineup of stars — Im Shi Wan (Misaeng, Strangers From Hell), Shin Se Kyung (Rookie Historian Goo Hae-Ryung), Sooyoung (Tell Me What You Saw) and Kang Tae Oh (The Tale of Nokdu — looking forward to see him in a modern role after this sageuk turn) have been confirmed for drama Run On. The show will have two couples, which always brings a ‘yay!’ from me. The first two actors play ex-sprinter/ sports agent and translator respectively while the latter two play sports agency CEO and art student. The show will be about their relationships and life in general. Nothing new but it’s JTBC and I like the cast a lot.

Script readings were held for lots of dramas recently:

Eric (Another Miss Oh), Yoo In Na (Goblin) and Im Joo Hwan (The Game: Towards Zero) have been confirmed for new MBC drama The Spy Who Loved Me. First, I really like the cast! The drama sounds interesting too with Yoo In Na playing a woman who was once married to a secret agent and is now married to an industrial spy. The drama is being penned by the writer of films like The Age of Shadows and The Drug KIng, this being her first TV show. It is set to air from October. 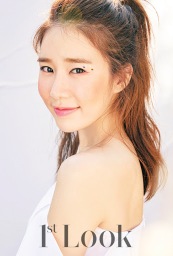